a penis looking like snake discovered in Brazil "a new specie"

We're not sure we'd like to stumble upon this strange creature while on holiday in the Amazon, but a new type of snake has been discovered in Brazil - and it looks like a Penis!

According to The Sun, biologists came across the Atretochoana eiselti, which they've dubbed the 'floppy snake' while examining a hydroelectric dam on a river in the Amazon.

The creature, which resembles a male manhood, is eyeless and from a family of 'blind snake' closely related to the salamander.

Six of the snakes were found living at the bottom of the Madeira River in the northern state of Rondonia in Brazil.

Julian Tupan, a biologist for the Santo Antonio Energy company which is building the dam, told Brazil's Estadao website: 'Of the six we collected, one died, three were released back into the wild and another two were kept for studies.

Tupan said that very little is known about the lungless and limbless amphibians.

He said: 'Despite looking like snakes, they aren't reptiles and are more closely related to salamanders and frogs.

'We think the animal breathes through its skin, and probably feeds on small fish and worms, but there is still nothing proven.

He added: 'The Amazon is a box of surprises when it comes to reptiles and amphibians. There are still much more to be discovered.'

The creatures were discovered last November when a stretch of the Madeira River was being drained but they were only made known to the public yesterday after their genus was finally confirmed.


this images of this new looking snake curbed from google images 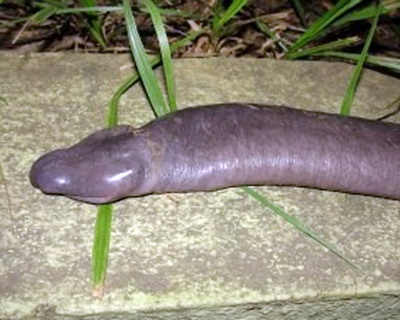 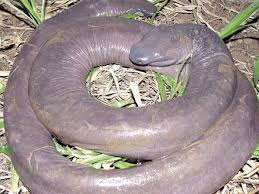 You must log in or register to reply here.
Related Topics