Mozilla Firefox Has Lost More Than 30 Million Users Since 2019 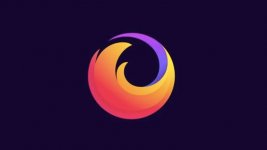 At a time when privacy-focused browsers are becoming popular, Mozilla Firefox, one of the original “privacy browsers,” is losing ground. A Y Combinator Hacker News user highlighted that Firefox has lost 50 million users since 2019. Since the pandemic drove everything online, the users and usage hours should’ve gone up, but that doesn’t seem to be the case here.

According to Firefox Public Data Report, the monthly active user count is on a decline. Hacker News users commenting on the thread point towards multiple issues, from Google Chrome’s anticompetitive practices to Firefox removing useful features. So in a world of Chromium vs Firefox engines, a decline in Firefox users is an issue for Mozilla.

According to the same report, Firefox had over 253 million active users in January 2019. Then in January 2020, this number came down to 229 million, further falling down to 218 million users in January 2021. So from 2019 to 2021, Firefox lost roughly 34 million active users.
Surprisingly, the average Firefox desktop user has been using Firefox for 5 hours a day in January 2021. This is 1 more than the 4-hour usage in 2019. So in a way, the usage time has gone up despite a falling number of users. New profile creation, Firefox’s way of determining new users, has also taken a slight dip between 2019 and 2021.

​
This is possibly one of the most debated topics to date. Users in both camps vehemently defend their choices. While Google Chrome gets a ton of extensions, Firefox has some cool tricks up its sleeve. In terms of cookies, tracking, and overall privacy, Mozilla Firefox users can boast that they’re using a superior browser.
On the other hand, Chrome is based on Chromium, an open-source browser engine principally maintained by Google. This has resulted in many privacy-focused browsers like Vivaldi and Brave using the Chromium engine. Firefox has also reworked its Quantum web engine, making it more responsive and improving loading speeds. However, it doesn’t seem to have helped, since Firefox is losing users.

Source: https://fossbytes.com/mozilla-firefox-lost-more-than-30-million-users-since-2019/
You must log in or register to reply here.