Disappointed because the sleek, sexy new computer you bought moves like a snail? The problem may not be the machine's specs. Extra applications installed on top of Windows by the PC manufacturer can bloat and slow your brand-new system. Use third-party tools, built-in utilities and a bit of research to rid your new computer of memory-hungry apps you were never going to use anyway. Be careful, though, to preserve important system features. If you remove anti-malware protection, be sure to install a solid replacement. 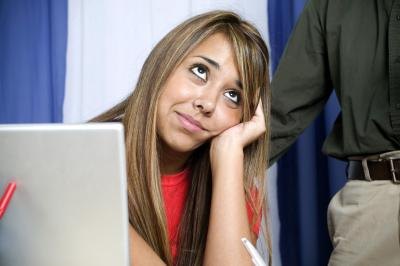 Computer-Software Bundles
Retailers and PC manufacturers enter into agreements with software companies to put trial versions of software on new computers. For example, many computers ship with sample games; many of these are free to try for a limited time, then you have to purchase them. For retailers and manufacturers, these apps are an important source of profit in an industry where profits can be slim. These trial apps include anti-virus software, games, utilities like instant-message programs and media tools like CD burners. These apps affect a computer in two ways. First, if they're set to run when the computer boots up, the machine may take considerably longer to be ready to use after you press the power button. Second, if they run during normal computer operation, less memory and processing power is available for other tasks.
Removing Individual Programs

If you have just one program to remove, turn to the native Windows utility for this purpose. Press the Windows Start button to open the Control Panel, type "uninstall" in the search field in the top right corner of the window and follow onscreen instructions to uninstall a program. This approach is ideal when only one program proves troublesome. Note that if your machine is part of a network, you may not be able to use Windows tools to delete a program that your network administrator requires you to have.
For more comprehensive treatments, use a third-party program designed to remove unwanted bloatware. Applications like PC Decrapifier or Revo Uninstaller help to remove the unwanted programs. Tools like CCleaner, RegSeeker and IObit remove residual elements in the Windows Registry, which is the database for configuration files for all programs installed on your computer. Third-party tools are especially useful for getting rid of anti-virus programs, since these are usually designed to resist standard removal techniques.
Reinstall Windows
If there's just too much to cut through, you could take the somewhat drastic measure of wiping the hard drive of your new computer and installing Windows from scratch. This approach guarantees that you won't have anything unnecessary left over. It's increasingly common for manufacturers to put backup software -- which includes all the extra stuff you're trying to get rid of -- on a hidden partition on the hard drive, so you'll have to wipe that, too.

The catch: you must have access to a separate, legal copy of Windows on disc. You'll also need to download drivers related to the video display or network adapter if they're not already recognized by Windows. Burn them to a CD or USB drive so you can install them when you refresh the operating system. Without them, you may not be able to see the screen or access the Internet to perform other Note that you can still use the license key that came with your computer. The key is usually printed on a sticker mounted somewhere on the computer case. So even if the disc is for a copy of Windows that's already installed on another computer that you own -- or if, say, the disc belongs to a friend -- as long as it's the same version of Windows you can use it for installation while using your own copy of the license key.
Considerations

One way of speeding up a PC is reducing the bloat of system startup. Some useless apps slow down a computer's boot-up speed because these apps, although unused, are scheduled to load when the computer turns on. If you don't mind keeping the programs but want to gain startup efficiency, run "msconfig" -- a system-configuration utility in Windows 7 that will let you select individually which applications load when the computer powers up.
When some programs uninstall, they leave residual files, settings or folders on your computer. Although you can remove them manually if you wish, these lingering components will usually not affect your computer's operation once the program itself is disabled or deleted.

Some programs look like unwanted bloatware but actually provide essential functionality for your computer. If the computer manufacturer supplies its own programs to support a custom hardware driver, for example, it might be tricky to distinguish driver software from a program you have no use for. If the program's author is the same company that manufactures the computer or any of the computer's components, do some research to see whether the offending program provides a critical system component before you kick it to the curb.
You must log in or register to reply here.